Tess DeGeest and I sit down at Caribou Coffee where we discuss how life passions thread through our lives, what it means to direct a nonprofit, and some wisdom about confidence 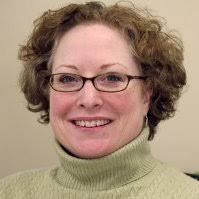 “So tell me about yourself,” Tess said after she sat down at the table with tea. Her eyes were laser focused, but her face bore a genuine smile which told me her question wasn’t just for politeness sake. I breathed in and tried to think quick on my feet. Since I’m the one who asks the questions, it can take me a moment to think of something interesting to say about myself. I told Tess a little about my writing and how I got to this spot, which we discussed before the official start of the interview.

I was curious if, like most people working with nonprofits, Tess hadn’t planned on ever working with one. “I never planned or intended for it,” Tess said, confirming my suspicion. “When I graduated from high school I thought I would be a geometry teacher. My geometry teacher Mr. Babbit had a profound influence on me, and I wanted to be just like him. And then when I went off to college, one semester convinced me geometry wasn’t the right path.”

After taking an International Relations class, Tess became interested in political science and changed her major. When she finished her undergraduate work, Tess enrolled at a terminal master’s program with a two-year degree. “I went to Iowa state and taught with a fabulous teacher,” Tess said and paused momentarily. “It’s hard to describe my relationship with him. He was like a mentor and a father figure, so I respected him. He worked in the federal government.”

Because of her teacher, Tess decided to enroll in a management training program out in Washington, DC. The program has you spend time working in different offices around the capital so you can succeed in most any government department. “I got kind of addicted to moving every few months and learning new systems,” Tess smiled fondly. “It became my version of an adrenaline junkie. After it was over I was hired on and stayed with NOAA [National Oceanic and Atmospheric Administration], in the office of the comptroller. Our job was to educate Congress about the programs we were asking funding for. If you give us funding for new radar, we can extend lead times for tornado warnings. Or if we get an advanced satellite for hurricanes, we can lessen the amount of coastline we have to evacuate because we can better predict where it’s going.”

Tess was also working on her doctorate at the University of Maryland and writing a book with her professor. Both Tess and her husband wanted to start a family, and for them it became clear DC was no longer where they wanted to be. Tess explained to me that after moving back to Winona, she had to make the difficult decision to leave her doctorate program. “The work I set myself to do was an analysis of the degree international nonprofits compete or collaborate when natural disasters occur. But to do research, I’d have to travel out of country and I had a newborn. It was one of the hardest decisions I’ve ever made, but I decided my degree wasn’t that important to me anymore.”

I nodded thoughtfully. The longer I talked with Tess, the more I became aware of how sharp, intelligent, and wise she was. Her choice seemed brave to me, but also logical. It was evident that values are a driving force for Tess. And those values landed her a teaching position at Saint Mary’s University’s Saint Teresa Institute for Leadership and Service. “It was a phenomenal way to do something I enjoyed and work with women. I got to embed myself in a program I believed in.” Tess’s role at the Saint Teresa Institute included teaching, mentoring young women in leadership and fundraising to keep the institute open.

Tess explained that while she loved her job at the institute, she and her husband wanted more opportunities and diversity for their daughter, which lay in the city. In 2007, the family moved up to the Twin Cities.

After being employed as a fundraiser and grant writer for a technical college for a couple years, Tess quit her job to spend the summer with her daughter. During that summer break, she was connected with the Anoka-Hennepin Educational Foundation. “I’m a builder, not a maintainer,” Tess said with a knowing smile. “and it’s been seven years.” Given Tess’s love for new experiences and her ability to build, I was surprised to hear she’d been at the Educational Foundation for so long. When I asked her, Tess said, “’I’m here because we’re not sitting still. We’re constantly tweaking, building, and growing. I like the challenge, and in any organization, there’s room for growth.”

“I’ll give you an example,” Tess continued. “In 2015 we launched a new fundraiser because we’re trying to figure out how to engage younger staff and parents in our mission. And it was very successful. The people who came loved it, and we were making money by the second year, which is almost unheard of.”

Tess explained to me how she is sensitive to donor fatigue because some organizations wear out their welcome by constantly mailing, emailing and inviting benefactors to events. “I want to be respectful of our donors and event attendees,” Tess said. “We hadn’t connected with the people we wanted to engage during this event. Because we weren’t meeting our primary goal, I recommended we stop.”

The Educational Foundation has a rotating member board which includes students, and it affords Tess mentoring and teaching opportunities. Throughout our conversation, I’d gotten a sense both of those were extremely important to Tess, and that mentoring women was also a key value for her. “It is important to me,” Tess confirmed. “I look at how fortunate I’ve been, and where I’ve struggled and why, and how I can share what I’ve learned. I’m constantly doing that to my daughter and her friends,” she laughed.

“In the Saint Teresa Institute, the girls lived all in one dorm,” Tess explained, “And it was like having a house full of girls. We taught them how to be servant leaders and figure out what they wanted to do with their lives. Of course, they taught me much, too! One of the things I’ve learned while teaching women is we tend to apologize way too much. I think we’re constantly deferring—it’s a demureness, a stepping back due to a lack of confidence. So, I teach the girls around me that when they make a mistake, to apologize once, do it sincerely, and then move on,” Tess smiled.

I nodded thoughtfully, thinking back through our conversation, and how Tess’s confidence in her speech made what she had to say engaging. It felt infectious and inspiring. So often we find ourselves believing if we exude confidence, then people will find us arrogant. Nothing could be further than the truth.

“Part of being in this nonprofit is I’m teaching all the time,” Tess said. “It’s an honor, and it’s fun. I think there’s an element of teaching in any job if you look for it.”

Our conversation naturally drifted towards the nuts and bolts of the Education Foundation, which serves a large district with five high schools. “There’s work to be done to close the opportunity gap. Increasing access to more opportunities, in turn, will help address the achievement gap,” Tess said.  “Creating more and richer opportunities for all students is core to our mission. We aim to help level the playing field for our kids.”

To illustrate, Tess told me about a project the foundation funded for the aerospace magnet school to get virtual reality goggles so kids could experience the International Space Station. “Most aerospace schools have flight simulators but they didn’t have room for one,” Tess explained. “I got to be there when the kindergarteners tried the virtual reality goggles on for the first time and it was hilarious. Their unbridled excitement and joyful amazement was so cool! That kind of opportunity can be a game changer for students.”

It’s not just large projects the foundation funds. Tess told me a story of an English teacher who requested 193 dollars to buy some graphic novel subscriptions for summer school students who were struggling with their reading. “He found that students who felt defeated because they didn’t enjoy reading wouldn’t finish books,” Tess said. “But when he gave them graphic novels like Black Panther, they could more readily see themselves in what they were reading and because they could finish the novel, they could engage in complex plot conversations. It’s a gamer changer for students to see themselves in the book they’re reading. To feel the sense of accomplishment in finishing a book is a huge motivation to keep reading. ”

Tess’s illustration was a profound example of how children and students could believe they didn’t like reading when really, they just didn’t like what they were reading. By giving students something they could relate to, the kids were able to find a passion they didn’t know existed. Opportunity can help close the achievement gap.

“Since 2003 we’ve funded after-school activity grants,” Tess continued. “Say you’re a tenth grader and you want to run with the track team but you can’t afford it. It costs 280 dollars to be on the high school team, and if you’ve got siblings, it can get expensive fast. Three years ago I had a middle school social worker ask, ‘Why don’t you do that on a middle school level?’ and I thought, ‘That’s a really good question, why aren’t we doing that?’ No one had ever asked. So, we raised and built a program for middle school kids. That’s what I mean by opportunity gap. There are kids who know their families can’t afford it so they never ask. This fund makes it possible for them to play.”

The foundation also funds Advanced Placement (AP) testing grants for high schoolers who are smart enough to take AP classes but may not be able to afford the 93 dollars for the test to get the credit. If we can cover the cost of the test, these students can earn college credits that would otherwise cost them thousands of dollars.

For Tess, the foundation is a real way to promote stability and growth into the community. “The donors are key,” Tess said. “Without them, none of this would be possible. And, the teachers, of course, are the ones who work directly with the students to make it all happen. Our communities are better when our kids are better. I believe our best work is done with other people. I think that’s why I enjoy nonprofit work,” Tess concluded. “Because by definition, you can’t do it alone.”

If you’d like to learn more about the Anoka-Hennepin Educational foundation please visit www.ahschools.us/ahef or call 763-506-1107.