I met Ron at Panera on a chilly December morning. I had already ordered, so after we found a booth, Ron told me he was going to order. As I was waiting, I noticed that Ron was gone longer than I expected, but didn’t think anything of it. It gave me a chance to answer a couple of emails before we started.

Ron finally sat down and said, “Well that took forever.” I grinned and replied that I noticed he was gone longer than normal. “It was an older couple in front of me. The cashier was like, ‘Do you have a rewards card?’ and the old couple was like, ‘Hmmm..do we, honey? Do you remember the card number?’” I laughed. Ron said, “I’m sure you were thinking…’What the hell? Will this Ron guy just hurry it up? I have things to do!’”

Laughing again, I assured Ron I was in no hurry, but I did point out it would probably be best to begin our conversation when he had the food. We didn’t have long to wait, as the buzzer went off and Ron got up once again. After another long while, he returned with his food and a coffee. He frowned and said, “They’re out of whipped cream.” I gave Ron a quizzical expression. “I know!” he exclaimed sitting down. “Being out of whipped cream is like Arby’s being out of roast beef, which I’ve seen before.” After discussing how on earth Panera could be out of whipped cream (since it only takes a few minutes to make) and coming to the conclusion the Panera staff must not have felt like making more, we decided to get started.

Guessing that Ron’s personal ambition was never to be in auto glass, I asked him to walk me through how he came to own his business. “I basically started by accident,” he said confirming my thoughts. “I’ve been into cars my whole life, I mean, ever since I was a child. I used to play this game called That’s My Car in the back of my mom and dad’s wagon. I’d point out wheels, exhaust, etc., to build my perfect ride.”

I could tell that Ron was a real car enthusiast and made a mental note to ask him more about it later.

“Back in 1996,” Ron continued, “I was unemployed and was driving down White Bear Lake Ave when my back glass blew out.”  My eyes widened as I told Ron I was wowed. “Yeah, that’s what I said. Well, actually I said something else but…anyway. I called a guy I knew that owned his own glass company but he couldn’t fix it because he had an accident. So I asked him to show me how to replace the glass. He did and we started talking. Turns out he needed someone to drive him around and help him here and there. Five years go by and May first, 2000 I started my company. It’s been well worth it so far.”

“I was a mechanic for many years,” Ron continued. “I wrench my own cars. But being a mechanic is hard work. Long hours, doesn’t pay well. Glass was one aspect I never thought of.”

Since that was a perfect segue, I asked Ron to tell me more about his own cars. Ron told me he has four Oldsmobiles, all them late 60-70s models. He showed me pictures of the different vehicles. He’s got a 1969 Vista Cruiser, a Cutlass and a 1979  Hurst/Olds. And why Oldsmobile? “The bodylines are amazing,” Ron said definitively. “I have friends help me with the engine work, and I’m always looking for ways to make things better.” Ron surprised me by saying that despite his love of Oldsmobiles, he won’t claim to be an “Oldsmobile” guy. “In the Oldsmobile community,” Ron informed me, “there’s a term a lot of people go by, ‘Dr. Olds’. He as a fictitious character who fixed Oldsmobile’s. I don’t consider myself a doctor though,” he said seriously. “I’m more of a nurse.”

It was interesting to hear how Ron can take his business to different places, even ones out of state which I hadn’t thought of. He’s taken jobs in Wisconsin, Iowa, Nebraska. Even within the state of Minnesota he travels in a range from Savage up to Hinkley.

I knew that Ron had some good stories up his sleeve, so I asked him to tell me a few wacky ones from his time replacing auto glass. “So you start out at home base, get the glass from the warehouse and then go to the customer’s house. That’s an hour of your time right there. I did a door glass for this girl, and I get there and she tells me, “Yeah…by the way, my friend threw up back there. It’s dry…it’s been there for five days.” Shocked, I asked Ron if she was expecting him to clean it up. “No, but she wanted me to work around it. I told her I wasn’t doing that and left the job.” I shook my head in disbelief.

“One of my favorites,” Ron continued, “this guy got my number from a garage and said he needed his Astro van fixed. I’m working on a dead end street, and I see him just sort of looking at me. He finally comes over and asks, ‘Do you want a margarita?’ Of course I said yes. A few minutes later this guy comes out of his house with a cart with limes, a shaker, fancy glass, the works. And he just stood there making me a margarita while I worked on his van.”

As Ron continued his personal narrative of fixing up old cars and replacing auto glass, it occurred to me that this man had found what so many people have longed for; contentment. Ron is the type of person who finds so much joy in running his business and doing his hobbies on the side. He isn’t taking exotic vacations, but he’s happy and that’s all that matters. When I asked Ron what his plans are for the future, he told me that he doesn’t really plan for the future, but can never see himself retiring. He likes what he does too much for that. Ron takes real pride in every job he does, which was made clear to me. We continued to swap stories until I reluctantly began to pack up as the day called for other things. It was really easy to see why Ron is a MetroNorth chamber favorite, and I enjoyed our conversation at Panera, even though they were out of whipped cream.

For more information on Ron, check out his website at http://www.ronsautoglassmn.com or feel to call him at 612.483.3347 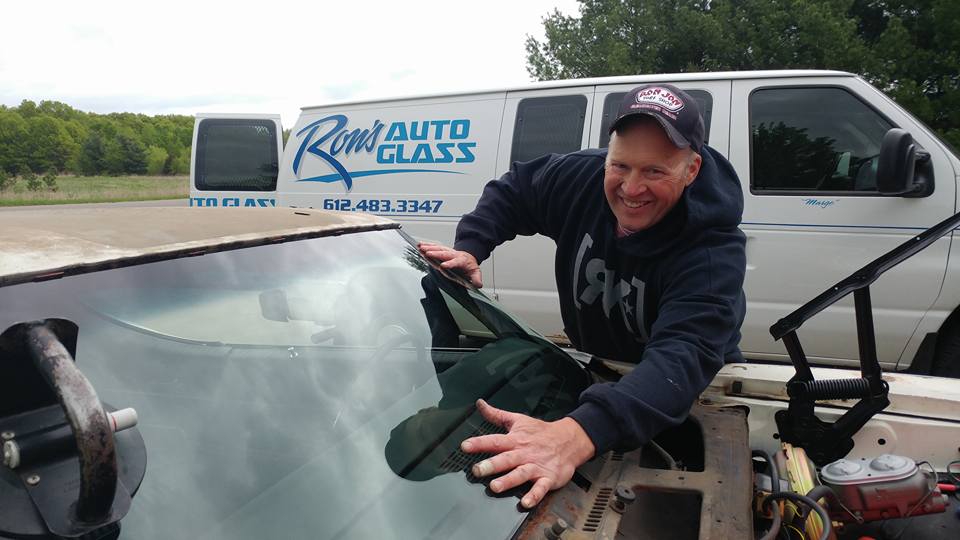 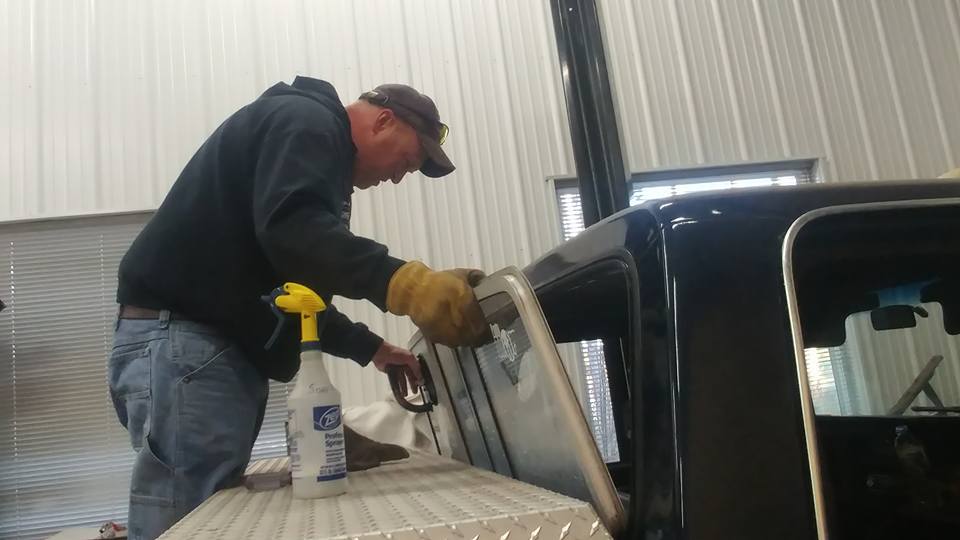