Tales From the MetroNorth Chamber: Robin Schnaidt May Feature 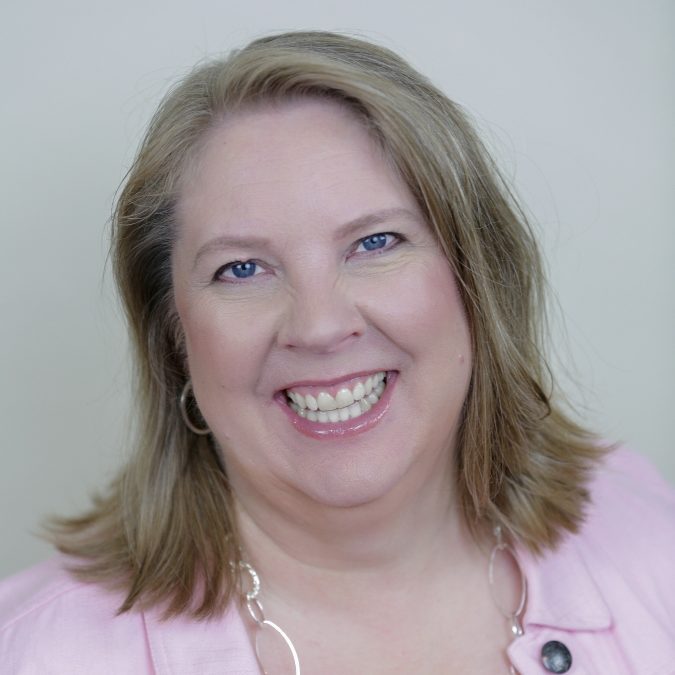 Robin Schnaidt describes the adventures of being an accountant, the joys of quilting, and her passion for music

Unlike my other Tales from the Chamber interviews where I go in blind, Robin Schnaidt and I already had the pleasure of meeting one another and sitting down for coffee last year. I arrived just a little before nine at the Caribou in Spring Lake Park so I could get some breakfast and order a coffee. Robin showed up wearing sunglasses on her head and a pink patterned shirt. She took one look at my plate and said, “I’m so happy you got breakfast. I’ll be getting breakfast too.”

I nodded, and when Robin came back to sit with her coffee and bakery item, we both admitted to each other that we skipped breakfast in favor of sleeping in just a little bit later. This caused us both to laugh, and I was reminded just how much I enjoy Robin’s company. We did a little chatting and then jumped right into the interview.

I started by telling Robin that she didn’t seem to fit in whatever image I’ve cooked up in my mind for an accountant. This caused her to grin. “I do have a pocket protector though!” she proclaimed. This made me laugh with surprise, and I eagerly awaited to hear the story. “There’s a company called Alvara that does sales tax software for different companies,” Robin said. “And because I did a webinar, I got to see The Accountant for free. When I went, one of the swag items was a pen and pocket protector. I just died laughing.”

Attempting to push the effervescent image of Robin with a pocket protector out of my mind, I asked her to tell me how she came to be an accountant. “Way back in high school I was really good at math. It came easy,” Robin said. “I saw there was an accounting class, and it sounded fun so I thought, ‘I’ll take that.’ It was my junior year in high school and I liked the teacher. He was laid back and matter-of-fact.”

Robin told me her high school accounting class used “green bar paper,” describing it like an Excel spreadsheet. The goal is to add everything down the columns and across to get the same number. “I could get it to work,” Robin said. “And I decided I liked it and went to college for it.”

As someone who absolutely can’t do any sort of math, it fascinates me to meet people who say they are good at math, or math comes easy to them. Robin’s attitude communicates a single truth; for her, math is fun.  Once she graduated college, Robin believed she wanted to be in a cubical corporate setting and took a job in Williston.

“I stayed there about four years,” Robin said, “And then my husband decided to go back to school. I was eight months pregnant when we moved across the state to Moorhead.” This astonished me. Robin is not only smart, but brave, I thought while she regaled the tale of moving. After moving, Robin got a job at a car dealership. “You know, when you go for an interview, they’re not supposed to ask you how long you’ll be around for. But they saw me and, they knew I was pregnant,” she laughed. “So I said, ‘Here’s the deal: I’ll be back after two weeks.’ I got the job, and I was back after two weeks!” Robin told me. Yeah, definitely brave, I thought again.

Robin stayed at the dealership for about a year until she became the school district business manager for Wahpeton. “I drove back and forth from Fargo to Wahpeton for a year,” Robin said. “That was interesting because it was before the EFTPS system started.” Curious, I asked Robin to explain to me what that meant.  Before submitting tax forms online was available, if you worked in payroll, you had to make a deposit for the payroll taxes and bring it to the bank with a “cute voucher” as Robin called it.

“There was a lot of snowstorms that year,” Robin recounted, “and in late December, we got a bad one. The highway was closed, roads were closed, and I couldn’t get to the bank to drop off the tax deposit. Whoever got the letter at the IRS must’ve been laughing their heads off as to why I couldn’t submit the tax form. I submitted pictures from the newspaper of the snow, explained the roads were closed, that I had called the bank and everything.”

That was just the beginning of Robin’s weather-related woes. She told me that spring the dike broke in Grand Forks causing massive flooding (the infamous Grand Forks flood of 1997). Robin’s parents and her grandmother had to come stay with her almost three weeks. With so much water, Robin’s commute was difficult.  “I had to drive the long way around because so many roads were closed,” she explained. “And on the way, my head gasket blew on my car. I sat in Fairmount North Dakota waiting for my husband to tow my car. I never made it to work that day.”

In reaction to her crazy stories of trying to get to work and attempting to make deadlines, I told Robin I never knew being an accountant was so adventurous. “I know, right?” she said with a laugh. At this point, Robin was pregnant with her second son, done commuting and looking for something different. “My husband got a job in the Twin Cities,” Robin told me, “And we moved down on Labor Day and my son was two months old. Yeah, we don’t do things easy,” she said with a laugh.

Robin was hired at a public CPA firm where she worked primarily on 1099s and enjoyed doing even though there wasn’t much interaction with clients.  She moved on after tax season when they let her go. I remember being confused as to why. Robin said. “After that, I hopped around a couple different jobs because I didn’t seem to fit. I worked at a small CPA firm that worked directly with clients, but post tax season I decided I needed a change so I resigned.”

Once Robin left the CPA job, she had several clients who wanted to keep working with her, and because of this, Robin decided to start Numbers LLC. “I thought it was a fun part-time job I could do on the side,” she said with a smile. “I was also an office manager for a firm that was shrinking, and I thought, ‘I could do this for myself!’ So, I went full time on July 1, 2012, and haven’t looked back.”

Numbers LLC handles a variety of needs, specializing in bookkeeping, accounting, QuickBooks training, updating QuickBooks and tax preparation for individuals and small businesses. Robin’s disarming personality and readily available smile makes her the perfect person to work with on accounting needs. “I’ve said this before,” Robin said, “but I’m an odd accountant. I like visiting with people and it seems like many accountants sit at their desks alone, but I like to have interaction. It’s fun.”

From our conversation, it was easy to tell that Robin deeply cares about her clients and going the extra mile for them. She makes sure to update business QuickBooks so her clients can make good decisions— something not every accountant does. “One of my strengths is being able to explain things in terminology people can understand. There’s a button in QuickBooks, ‘Ask My Accountant’. I tell people, ‘If you don’t know what to do, ask me.’ They need to have insight into what’s going on.”

After chatting some about Numbers LLC, I asked Robin what her interests and hobbies were. “I like to travel, whether it’s camping or flying somewhere and checking it out. We haven’t gone yet, but one of our trips is eventually going to be to Europe. My dream trip is Australia and New Zealand. My husband’s dream trip is Germany.”

Robin also quilts, and since I hadn’t met anyone who quilted before, I asked Robin to tell me more about it. “I haven’t done it in a while,” she said, “But I grew up sewing. I loved it but I couldn’t make things fit on me, so quilting was a way to make things fit out here,” she said gesturing with her hands. “I took a class from the quilters guild and fell in love.”

Robin also explained to me that she loves music. When I asked her what type of music she paused and said, “… Not… reggae.” This caused me to laugh out loud, as her answer was farthest from my mind. Laughing also, Robin said, “I went to a concert once and I was like, ‘No. Definitely not for me.’ I can stand two to three songs and then I’m done. But I’ve learned to like classical. I love rock, pop, jazz, some soul stuff is cool too. I can even tolerate some of the screamo music my oldest son likes.”

I was thoroughly impressed with Robin’s wide range of musical taste, even if it doesn’t include reggae. And since our time was ending, I asked Robin to tell me what was next for Numbers LLC. “A year ago, I hired Stacy, and she’s full time with me. She’s growing the bookkeeping end of things so we can keep busy year-round. I also hired Anna who’s going to do some of the admin stuff. The new Trump tax law is going to be interesting. The results are all over the board. So, I’m planning on going to a class so I can understand it and then communicate it to my clients.”

Robin also shared with me how she wants to do speaking engagements where she trains, educates small business owners so they can truly be confident in what’s happening in their business.

If you’d like to contact Robin please go to her website at www.numbersbyrobin.com and schedule an appointment or phone call with her. You can also reach her by email at robin@numbersbyrobin.com or by telephone at 763-360-1635.