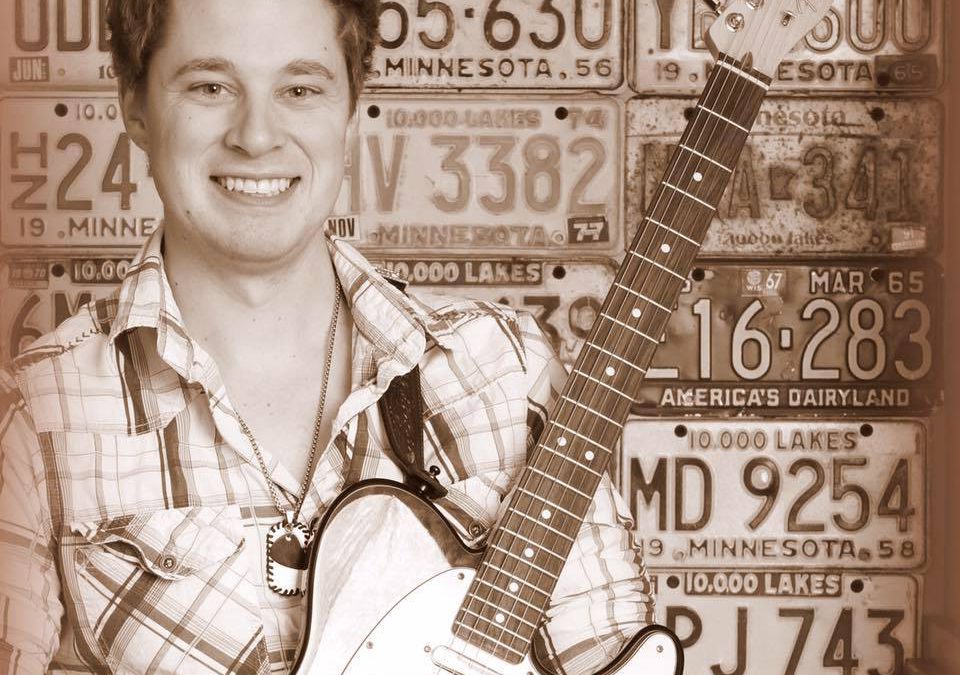 Pulling into a Caribou located in Spring Lake Park, I parked, rolled up my window (such a bizarre thing to do in the middle of February) and saw an SUV parked two down from my car wrapped with the BOB FM logo. Seeing it made me smile, and then I hurried into the Caribou to meet Neal.

Luckily Neal was easy to spot. He was wearing official BOB FM clothing including a hat with cameo on the edges in addition to the BOB FM logo.  After thinking how appropriate that seemed, we firmly shook hands and were ready to get started.

My first question to Neal centered on how he got started with BOB FM, especially after going to school for police work (a small tidbit I learned when looking at his LinkedIn profile). “In high school I had taken a few classes on law enforcement,” Neal told me. “I’m a helper person, meaning, if someone I know has a problem, I try to help. In Minnesota you need a specific degree, and while I was doing this I got hired by the city of Blaine as a community service officer.” Neal explained that while he was working as a community service officer he would handle complaints for dog barking or work on car lockouts. While working in community service he was a student at Metro State and also got a minor in criminal justice.

“I started applying for cop jobs everywhere but nothing took,” Neal continued. “You’d go in for an application with two available spots and there would be three hundred applications. That was two summers ago in July of 2015. In the meantime, a friend’s girlfriend asked me to play acoustic guitar, and I accepted. Around that time, I also got a job at UPS.”

One of my favorite things about interviewing people from MetroNorth is listening to the story of how things fell into place for them. For Neal, things kept appearing to dead-end until he played at BOB’s Homegrown show one Sunday night. “Homegrown show only plays local bands and afterward I went up to Bob Thomas who was running it at the time and asked him if there were any jobs at the radio station. He told me the only thing he had available was in sales, but since it sounded better than what I was doing, I said yes. Up until that point, I had never sold anything. In June 2016, a month later, I joined the chamber.”

Neal was quick to tell me just how important the chamber has been to him in terms of opportunities and meeting new people. Because of the chamber, he was able to connect with Blaine Festival and be an ambassador. “The thing is, you can be involved in the chamber as much as you want to be,” Neal said adamantly. “You can join just to join, but if you want to get the most out of it, then you can be on a board, go to the Sunrise Breakfasts or do a ribbon cutting. That’s when things will really start to pick up for you. Now I’m not even known as Neal. I’m known as Bob from Neal FM.”

Neal also told me that people from the chamber come to his shows, and by the look on his face I could tell that meant a lot. Like Lori was talking about last month, the chamber is more than simply about business. It’s about connecting with neighbors and becoming friends.

“I’ve fallen into a great job,” Neal said as we looped back to the business. “It goes hand in hand with my music. Now I get to host the homegrown show. I helped develop a show called “Back Roads.”  The flexible schedule allows me to practice with the band, do shows and attend chamber events. Every day is different. Today I talked business, played hockey, met you and I’ll be going to a chamber dinner after this. I get to go down to Nashville every couple months to meet songwriters, write songs, all the business stuff. I’ll be going down to arrange a trip with the radio station. Definitely a two-way deal.”

At his mention of Nashville, I immediately perked up. I could tell by the way Neal mentioned Music City that it was very important to him. Incidentally enough, Nashville is an important place to me as well.

If you’ve never been, Nashville is situated on a river northwest of the great Smoky Mountains. As a result, the terrain is very hilly. If the forest has been cleared, you can see boulders sticking out of the earth and lovely formations. The city is smaller than the Twin Cities, but buzzing with activity. Lots of people go to Nashville for music. There’re fun things to see and wonderful people to connect with. I told Neal that out of college I had looked for jobs there because I knew people and I loved the area. He nodded. “I have family there as well. Sometimes when I’m there I feel an urge to not return home,” he replied with a smile.

Earlier in our conversation Neal told me he had worked for Dunn Brothers. I asked him if knew about the Dunn Brothers in downtown Nashville. “No way!” he exclaimed. “Really?” I nodded and said that I had stumbled upon it on a trip there. He took out his phone to look it up. “I can’t believe it. Well, now I know where I’ll be going every day for a coffee.” I told Neal that I imagined someone from Minnesota must have moved to Nashville, missed their Dunn Bros so much they had to open one. “You know what they say about Nashville. No one living from Nashville is actually from Nashville.” That is a very true statement.

Since Neal goes to Nashville so often, I guessed that he was pretty serious about music. “It’s very serious,” he confirmed. “The band is a part time job. Not just from a pay standard. We usually play Thursday through Saturdays, but if we have some weeks off I will book something for myself. I also have someone I’ve played guitar with and the two of us will float around. That helps me play with more people and develop skills. That wouldn’t happen if I was just in one band.”

Hearing Neal talk about his band helped me understand just how driven he is. Neal is the type of person that puts everything he has into something, and that drive stems from something completely natural within. I found myself really enjoying this type of genuineness and guessed many others in the chamber did as well. It made me believe that music, Neal’s true passion, would continue to grow and develop into bigger things.  I really hoped it would.

Thinking back to something Neal said earlier, I asked him to tell me about why BOB can play “anything it wants.” He nodded a few times and jumped right in to answer my question. “A lot of commercial radio is driven by how much money a record company wants to give a station to play their music. But for us, we’re playing country music from the 50s all the way to the 2010s. Our station management, Neil and Jeff, will go through 60 years of country music and play whatever they feel like. They’re not obligated to play the same song a certain number of times throughout the day. As a result, you won’t get the same song played within 24 hours.” I verbally ahha’d as understanding sunk in. Listening to the radio for long periods of time gets really old for that very specific reason. “A lot of our listeners will turn on our station early in the morning and they can just leave it on. We are ‘total country’.”

I asked Neal if this business model was because the radio station wasn’t owned by a corporate company. “Yes,” Neal said. “Our station is independent with one guy at the top in Alexandria that makes the majority of decisions. That’s why we’re able to have the flexibility to play local country music with local artists.”

This was very encouraging to hear, even if I don’t listen to country music. I had read an article once which talked about how many stations are commercialized and because of that they’ve lost what made radio so special. It was nice to hear that independent stations still exist and are thriving.

I then asked Neal if BOB was just in the Twin Cities. He shook his head. “No we’re in Alexandria and even reach down to Iowa,” he said proudly. “We have three different signals run off of which keeps costs down.” I found this really interesting and asked him to elaborate. “You pay for how tall your tower is and how powerful it is,” Neal explained. “If you have three smaller lower wattage towers than you can keep the prices lower. On our station it would be $35 for a 30-second ad compared to say, $500 on similar music stations in the Twin Cities.” I asked Neal to confirm if he was talking about more of the “mainstream” music stations. “Yeah. We don’t even consider them our competition. We have our niche, we know who we are trying to reach in marketing and advertising and that’s who we go after, and go after well. We didn’t have online streaming two years ago. Our listener appreciation was only 300 people, but this year it was over a 1,000. We’re really growing,” he said with a smile. 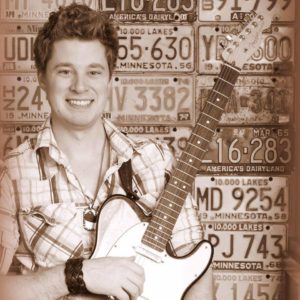 At this, I looked at the time and regretfully brought the interview to a close since Neal had to be off to a different place. I thought to myself that this meeting was the perfect thing to close out my day because I had such a great conversation and had learned a lot.

If you want to learn more about BOB FM, then please visit their website at mybobcountry.com and if you’d like to go see one of Neal’s shows, you can check his schedule at nealeldermusic.com.