I had the privilege of meeting Nate Klauser at his office, located on the corner of Silver Lake Road and Mississippi Street in New Brighton. After I was greeted by his assistant and was offered a piece of chocolate, Nate was ready to see me.

I found Nate to be one of the most disarming people I’ve ever met. Despite the atmosphere of his office being very professional and Nate himself dressed in a full gray suit, I felt completely at ease. He greeted me with a smile and a warm handshake and I sat down on the other side of his large desk feeling comfortable and eager to get started.

Nate’s office was incredibly tidy, and there didn’t seem to be a single piece of paper out of place on his desk. To my left on the wall hung three large trendy decorative quotation art pieces. I found myself being drawn to them aesthetically and the messages they communicated.

I told Nate as much, and he joined me by looking at the decorative quotations.  “Having these sayings in my office reminds people to think about what they really want in life, and that money is only a means to be able to reach your goals,” Nate said.

“The most important things aren’t things.”

Nate’s voice conveyed the sincerity of what he was saying and it felt like a good overview of who he was as a person. The more Nate and I talked over the next hour, the more my initial impression was proved right.

“Originally I’m the son of a business owner,” Nate began. “My dad was a veterinarian and he was fortunate enough to be mentored by successful entrepreneurs and real-estate investors. I got mentored by him when I was growing up. When other families were talking about sports at the kitchen table, we talked about finances.”

This piqued my curiosity so I asked Nate to tell me more. “They would throw out financial scenarios when we talked, and more often than not, those scenarios would be applicable to what my dad was doing in business. They were pretty open with having dialogue.”

Since moving to the Upper Midwest, I noticed the subject of money is often something people avoid speaking about. I wanted to touch on this with Nate but decided to ask him later in the conversation. At present, I was really absorbed in everything he was telling me about growing up.

Nate explained that his dad approached him and asked him about buying a farm, and how later in his teenage years his dad encouraged him to invest that money. “I had the opportunity to invest early to really understand how it works,” Nate said. “But the real impactful thing my parents taught us was to tithe, pay yourself first, put some into savings and learn to live on what was left over. They taught us to help people whenever we could.”

“You may only live once, but if you do it right once is enough.”

Tithing is the practice of setting aside a percentage of your income to give back to God, and for a lot of people, it simply means regularly donating money to nonprofits or charities. Nate reemphasized the importance of being generous and using what you have to help others, a subject which would continue to pepper our conversation.

Nate told me he had originally decided to go to school for mechanical engineering and worked for Caterpillar, among some other companies. I asked Nate why he decided to change careers. “What really solidified my transition,” Nate explained, “Was asking the questions What do you feel called to do? and How do I help people?‘”  I realized that I had a real education and passion around finances and to combine those together would also fit my skill sets.”

“I like to problem solve and understand how things work,” Nate continued. “And I’ve always loved working with people. In engineering you’re trying to find a solution to a problem. In this career we’re trying to find a strategy and solution for people’s goals, so they’re really one and the same.”

For Nate, financial advising is so much more than just numbers on a sheet and statistics about stocks. Instead, it’s really about supporting people through their goals, whatever they may be.

“I like to call what I do here a family practice,” Nate said. “Because when we talk about finances, we’re really talking about people’s goals. Sometimes I know more about people than their friends.”

I asked Nate to walk me through what happens when someone comes to see him for financial advice. “The first thing I do is understand what’s important to the clients,” Nate said. “Only then will I be able to help them out.” After Nate begins to understand the client’s goals they work through a comprehensive financial review, which lays out all the puzzle pieces to a person’s finances. After that, Nate helps them work through a step-by-step process and keeps them on track.

I asked Nate if his client’s goals have a lot of variety. “Their goals are pretty similar,” Nate said. “People come in wanting to have money for retirement, emergency funds, and leave a legacy. How they live out those goals is what varies. I have some clients who have really off-the-wall, fun, neat ideas they want to do. Usually they’re different from what I want to do, but that’s the best part. I get to live vicariously through them.” Nate smiled as if thinking of specific people’s dreams.

In that moment, a thought shot through my mind about Nate. He’s the real deal.

Many people are hesitant about contacting a financial advisor. Maybe they feel ashamed, or maybe it’s incredibly vulnerable to talk about finances with someone they don’t know. Just because someone has the title of “financial advisor” doesn’t necessarily make them trustworthy. But Nate is someone you want to have in your corner. He’s the person who’s collected years of wisdom and sees your dreams as his own. And he’s the type of person who wouldn’t make you feel stupid because of your current financial situation.

This seemed to coincide with my earlier impression. Nate has the ability to put people at ease with his genuine peaceful demeanor, and that’s why you want him in your corner.

“What we really want to aim for is financial freedom,” Nate said, completely unaware of my inner musings. He looked over at the large quotations. “Financial freedom is not having the chains of debt on you so you can’t make decisions because someone is holding you hostage. It’s being able to focus and prioritize what’s most important to you.”

I was curious and wanted to know what financial freedom meant to Nate and what he gets to do because of it. “It means being able to send our kids to private school if we want. It means we’re able to retire early if we wanted. But,” he said after pausing a moment, “it’s also about spending time with family. We have four kids aging from eight to three and we just like being together. Whether it’s swimming, playing in the yard, or sitting and watching shows together. I can have my own business and volunteer significantly in the community through our church.”

Talking about Nate’s children reminded me about his own family’s financial transparency when he was a kid. I mentioned that financial freedom and finances are often not talked about with kids. He nodded, knowing exactly what I was talking about. I asked him to give me some examples of how to teach financial responsibility to children.

“That’s a good question,” he said leaning back in his chair and looking at his family photos. “You have to demonstrate it well and then be intentional in educating your kids about why you do things. Kids are always asking ‘I want’, so it’s helping them to understand not everything is free and it takes money to do things or have things. All of our kids, including the three-year-old, have boxes for giving, saving and spending. When they get money, they divide it up into those boxes.”

“Live your life, create your happiness, imagine your dream.”

I said that seemed to be an easy but profound way to help kids understand finances. “It’s good for them to realize that if someone gives them a dollar they don’t get all of it,” he said. For Nate and his family specifically, it means not buying certain items so their kids can learn how to save up for things they want. “Developing the sense of delayed gratification,” Nate said, “Is important. Unlike credit cards which have the ‘buy it now pay for it later’ mentality.”

I asked Nate if people ever bring their kids to talk with him. He nodded with a smile. “We have family members who bring their kids to sit down and think through what they want to do and help re-instill the importance of savings. Sometimes they’ll buy a stock under their parents to understand what it’s like and get a better understanding of how the market works.”

Nate’s illustration of a family practice came to mind because for him, it’s about setting up entire families for success. “It’s such a joy to be able to help others,” he said with another faraway look. “It’s incredibly fulfilling and puts a smile on my face even if it’s a long day. Reaffirming that what’s important to me is what’s important to my clients because only then can I really walk them through our established process to create a personalized strategy.”

Nate’s love for finances and people really showed during our conversation, and I felt grateful for the opportunity to spend some time with him. Reaching for a piece of candy at the edge of Nate’s desk behind his monitor, I thanked him for his time.

“I specifically put the candy where I can’t see it,” he said with a big smile and a laugh. “But sometimes you need a piece of candy.” I laughed and agreed, wondering if there was another small life lesson somewhere in there. 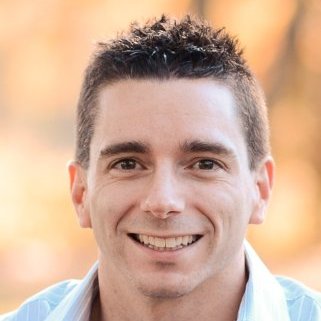