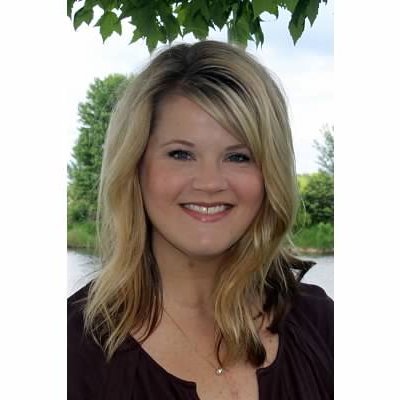 Julie Jeppson, development director at Stepping Stone Emergency Housing, and I met at a Caribou just off University Avenue in Spring Lake Park. Because of my deep love for nonprofit organizations, I was especially looking forward to spending some time with Julie. Over the past year I had heard Stepping Stone’s name mentioned a few times, and now I was finally able to get the inside scoop.

After I grabbed my brewed coffee (La Minita, my favorite!), Julie and I got comfortable by one of the large windows toward the front. It only took me a few minutes to realize that Julie, who was wearing a yellow shirt with grey flowers, was sharp, passionate and articulate. Her deep conviction and love for Stepping Stone was apparent in the first few minutes of our conversation.

“Basically, what I do is raise funds for Stepping Stone, but I see it more as community education and development,” Julie said. “There’s such a misconceived notion that homelessness isn’t a problem in the suburbs, when in fact there is more homelessness per capita in Anoka County than in the cities.” I looked up from my notes and told Julie that was surprising. She nodded. “The economy is better, but what we’re facing is the lack of affordable housing rental rates.”

I thought back to an article I had read about the absurdly high rental prices and my own personal experience. When I graduated college in 2010 it was impossible for me to live on my own even with working a full-time job because of student loans. Luckily, I had a plethora of friends who were in a similar position as I so it was easy to find a roommate.

But what about someone who had no support system?

“Transportation is also an issue,” Julie continued. “Many don’t realize this, but owning and paying for a car is actually a luxury. For a homeless person, it’s either walking, biking, or public transit. Using the bus system in Anoka County is very challenging.” I assumed public transit would be somewhat sparse that far away from the cities, but I still wasn’t quite prepared for what Julie told me. “Stepping Stone is located in Anoka, and getting to Blaine Human Services, 11 miles away, is one-and-a-half hours by bus.”

In order to combat this issue of transportation, Stepping Stone aims to bring different organizations in to do training with their residences. “We’ve partnered with organizations for job training, life skills, resume writing, and have a financial literacy class via Royal Credit Union and MidWestOne Bank. We also have a librarian who comes in and works with our technology lab.”

My eyebrows shot up because of this long list. I had never heard of anyone working with the homeless do this sort of program. When I mentioned this to Julie, she confirmed the uniqueness of Stepping Stone. “We’ve been told there’s nothing like us in the state and they’d be hard pressed to find anything like us in the country.”

Julie’s passion was becoming infectious, and I wanted to know where it was coming from. Did she always want to work with nonprofits? Julie shook her head. “On the first date with my husband I told him I wanted to be a stay-at-home mom and if he didn’t like that there was no reason to go on a second date. I never thought I’d have a career.” I grinned and let her continue. “My background is with the American Galvanizers Association which is a professional nonprofit. I did event coordination, writing and publication creation for them. It was a lot of fun.”

Julie went on to explain how her husband’s job caused them to move around, first relocating from Colorado to Atlanta, and then from Atlanta to the Twin Cities, since her husband was originally from New Brighton. Julie continued to work until her daughter was born, after which she became a stay-at-home mom. “I was doing some contract event planning,” Julie said, “And I met a woman who interviewed me for a ten hour per week job for a place called Stepping Stone. My son was two at the time, so I would bring him with me.”

It was during this time Julie’s life significantly shifted. As she picked up more hours to cover for the executive director who was having health problems, her own health became an issue. “I found out I had six massive growths in my thyroid the day after I started at Stepping Stone. After that, I found out my heart was not functioning properly and had to have a heart procedure done. It failed.”

It wasn’t until February of 2013 that Julie was finally able to get her health back to normal. That May, Stepping Stone hired a new executive director and in July Julie became the development director. “The new executive director was one of the best things to ever happen to Stepping Stone,” Julie said. “We went from a budget of $250,000 to $1.3M in four years. I very quickly realized that if my goal was money I was going to fail in my new job. My goal had to be immersing myself in the suburban homeless problem and educating the community on how significant the problem is. After that, the money came.”

Since there are many stereotypes surrounding homelessness, I asked Julie to tell me more about what education looks like for those who are unaware. “The stereotype is very deceiving,” she confirmed, “and ‘unfortunate’ wouldn’t be a strong enough word.” Julie paused and then sighed. “There are people who take advantage and just want handouts, but that’s the vast minority. People don’t want to be homeless. It’s what they’re experiencing, but it’s not who they are. People are never going to make it out of homelessness if they don’t have help. There’s immense stress and when you’re working with fight or flight, your brain can’t think long term.”

The information Julie provided me was staggering. How would people’s perception change if they understood what the problem actually was versus what they perceived it to be? A quotation came to mind from the 1984 version of A Christmas Carol where the Ghost of Christmas Present talks to Mr. Scrooge about the poor.  When Mr. Scrooge finally begins to feel compassionate towards Mr. Cratchit’s son, the Ghost of Christmas Present throws a nasty retort. “Perhaps in the future you should hold your tongue until you discover what the surplus population is, and where it is,” he jabs.

My family’s Christmas Eve tradition is to watch A Christmas Carol, and since I’ve heard that line every year for my entire life, his words have always stuck with me.  It’s easy to assume you know something about people living in a different experience than you, but that assumption rarely ever turns out to be correct.

“People need to know and actually know,” Julie said echoing my feelings without realizing it. “And homelessness is an overwhelming problem, but it starts with helping one person. Regardless of who you are, and whether you’re homeless or not, you just want to be acknowledged as a human.”

Stepping Stone works a lot with different parts of the government, and the system is not an easy one to find your way through. “We as a staff have a hard time navigating through the system,” Julie said. “For someone trying to get help? I can’t imagine. That’s why I think about my life as separated between pre and post Stepping Stone. This organization has taught me more than I’ll ever be able to give back to it. My worst day is far better than one of their best days. To know that, and to really know it, is so incredibly humbling.”

Stepping Stone goes beyond any standard form of support you’d might expect. For starters, they’re always open. Every day, all day. They work one on one with their residents on their basic needs and making sure they do their chores. They have a case manager who all residents meet with twice a month as well as a long-term housing manager. Stepping Stone also partners with Allina Health which is made up of Allina doctors who volunteer their time. Operation Grace, a mobile dental van, comes every other month. These different puzzle pieces make up Stepping Stone holistic philosophy. Their main goal isn’t just to get people off the streets, but to keep them off.

I asked Julie to tell me some ways people could get involved with Stepping Stone. “The biggest opportunity,” she explained, “Is for groups around five to seven people to bring a prepared meal and serve it to our residents. We have a cafeteria, but we can’t cook on the property and a home-cooked meal is always appreciated. People say all the time, ‘I feel like I got more out of it than I could ever give.’”

Julie and I continued to talk through what Stepping Stone has to offer and the unique way they run their homeless shelter. It was evident to me that Julie would continue being a vital part of Stepping Stone for many years to come, and I hoped there would be more organizations like it across not only Minnesota, but the entire country.