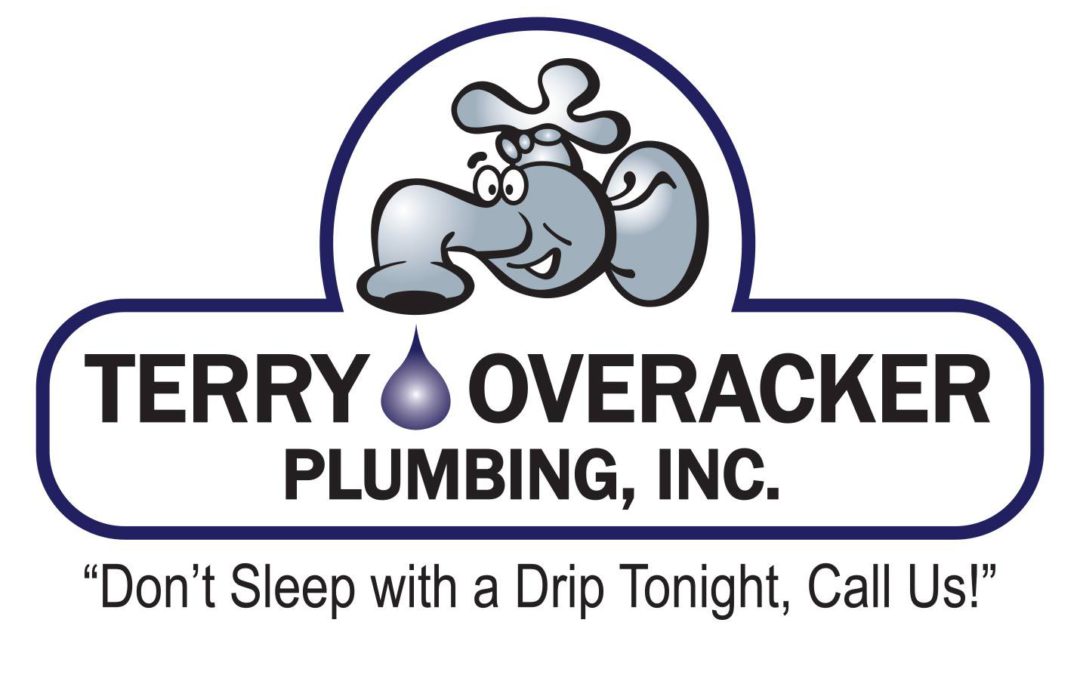 I met Gina Overacker one sunny morning at a Starbucks in Coon Rapids. She greeted me with a genuine smile wearing a sea green dress, a white cardigan and had sparkly brown nails for an accent. I could tell right away that talking with Gina was going to be a real treat, and we dove into our conversation as soon as our drinks were ready.

“When I was going to high school I felt there were three things you could do as a woman,” Gina began. “Unless you were very smart and had money, you could be a nurse, teacher or an admin, of course in those days they were called secretaries. I loved to type and I loved to sew so for me it was natural to become a secretary.  I’ve been doing this work for over forty years. Since the day I was born,” she laughed.

Gina’s first comment about the name change from secretary to administrative assistant reminded me of just how much things have changed over the years. She had this look in her eye which communicated to me she was someone whose vast amount of experience was coupled with contentedness. I asked her to tell me what her first job was out of school.

“Well, let me think, it was a while ago,” she said smiling. “It was for a criminal justice lawyer,” Gina nodded after taking a moment. “I lived in Wyoming, so back in the 70s there were only three types of people. You were either a cowboy, a hippie, or a nerd. A case we worked on, this guy was a hippie. He had the long hair, and he accidentally killed his pregnant girlfriend and then went to a bar to drink afterward. We lost that case.” Gina took a sip of her coffee before continuing. “I could handle the workload, but I couldn’t handle things like that. I was far too emotionally involved, so I went to work for the government in the soil conservation service.”

Gina also recounted to me how much technology has changed over the years. “This was back in the day when we had an electric typewriter but still had to scrape the carbon. The different technology that has evolved has been amazing.” From there, Gina described to me a memory typewriter which would let you fix your words before they’re printed (something I did not know existed) and from there computers arrived with DOS.

As a millennial, I was very young when DOS was being used, but I can still remember my dad teaching me how to input commands to find files and play games. I mentioned to Gina my hazy memories of DOS which caused her to smile. “Of course now we have email and faster computers,” she recounted.  “The more the technology though, the more demand on our time. Back in the day things took time. It took time to type something up, then walk to the mailing room and fill everything out. But these days it’s just go go go. So I’m not so sure it’s all good,” she concluded.

I silently agreed, but instead of dwelling on that thought, I decided to ask Gina my next question. If she lived in Wyoming, how did she get all the way to Minnesota? “Ah. My mother’s parents lived in Saint Joseph, Minnesota, and every summer my mom brought us home. Minnesota was always my roots. Life wasn’t easy, but being on the farm and relaxing with Grandpa and Grandma was always really important to me. I loved the farm.”

Eventually, Gina became even more dissatisfied with living in Wyoming, and after divorcing her husband she decided it was time to make a change.  “I packed up my Volkswagen Bug and moved to Minnesota in January. I met my current husband through a girlfriend and he convinced me to move to Oklahoma.” My wide eyes must have told Gina how surprising I found that tidbit of information.  She laughed. “I was twenty-one but, talk about culture shock! It’s a whole different world down there. I never really liked living in Oklahoma.”

The longer I talked with Gina, the more that I realized she can be a spitfire, and what she told me next solidified my beliefs. “I was there for thirteen years,” Gina began, “and my mom said to me over the phone after hearing me complain, ‘You should just accept the fact you are going to live there the rest of your life.’ And that scared me.”

Living in a place you don’t want to be is hard, and I couldn’t imagine Gina being in Oklahoma for so long. Gina then described how she felt something change when her mom said those words, and it was the catalyst for her moving back to Minnesota.  “I said, ‘No! I’m not going to live here for forever!’” Gina continued. “I started making plans. I told everybody I was moving back and I told Terry he could come with me or stay, it was up to him. But that I hoped he would come with me. The economy was in a major recession. We had our plumbing company in our house, but we sold everything and left. He wasn’t here six months and he said, ‘We should have done this sooner.’ I wanted to kill him,” Gina finished as her last statement made me laugh.

Gina’s résumé of different places she’s worked and experiences continued to rack up. It had never occurred to me just how many different opportunities you could have working as an administrative assistant, and it was fascinating.

“I worked for Delta Environmental Consultants for thirteen years,” Gina said. When I asked her what an environmental consultant did she replied, “I didn’t know either when I started. It has to do with soil remediation and testing for asbestos.” Since testing for asbestos sounded like it could be interesting, I asked Gina to tell me more.  “It was cool because I was an admin but I got to work with the lab,” Gina said with a big smile.” I got to look at the samples and I could figure out what some of the samples were so I could log them in for the project managers. That way some of the work was already done for the lab people.”

Gina talked about her work for Delta with great fondness, and I found myself being even more impressed. Gina is the type of person who loves to learn new things and continually strives for excellence, so it wasn’t a surprise to hear she had joined the International Association of Administrative Professionals, or IAAP for short. “I went to some of the Midwest conventions and went to some of the international conventions,” Gina explained. “There was Montreal, and when the international convention came to Minneapolis I volunteered. It was amazing because we had speakers like Erin Brockovich.”

I asked Gina to tell me which speaker impacted her the most. “It was the personal assistant to the actress Olympia Dukakis. Her personal assistant, Bonnie Low-Kramen did a lot of amazing things for Olympia. Bonnie figured out when she was working for Olympia she had no mentors so she started writing a book on admin work and talking to people about helping each other. They got a network going and now she is a professional speaker. I still receive her e-newsletters.” Gina became silent for a moment, and I waited for her to collect her thoughts. “IAAP shaped me in both professional growth and personal growth,” she said after a pause. “Those women were always there for me, and we still get together for dinner once a month. IAAP was great because I’m a strong-willed person. I became treasurer, vice president and then president of the chapter. It was a lot of fun with lots of leadership roles, but I never would have taken on the role of chapter president if it had not been for IAAP. That was way outside my comfort zone. Initially, I only joined to learn more to do better at my job and to further my career.”

Our conversation continued with Gina talking about her current employment, which is working with her husband at Terry Overacker Plumbing. “I’ve been married to Terry for forever, but even so I still hadn’t got into the nitty gritty of how plumbing worked until recently. Initially I told Terry I would not go work for him again, but when he purchased a building with two levels and put in a showroom in Anoka, he needed some help. Terry always wanted to have a showroom, and initially I was going to be the showroom salesperson and receptionist person.”

Gina gave a small laugh and leaned forward slightly. “I thought that toilets were a thing you buy and that’s it. We have thirteen different toilets in our showroom and hundreds of faucets. When I found how many options in styles and mechanisms in toilets and faucets there were, I said, ‘I don’t want to learn all this at my age,’ and Terry agreed to hire someone for the showroom, and I’d become his personal executive assistant.”

Gina also told me she had only planned on working long hours for Terry for one year and moving back to “corporate America” in four to five years and that was ten years ago. Unsurprisingly, she wears a lot of different hats at Terry Overacker Plumbing, from making sure the office gets organized, to writing blogs for social media, to decorating for Halloween to managing paperwork.  Her favorite hat is networking with the chambers and attending social fundraiser events.  It’s how they are able to give back to the community.  “I’m a perfectionist to a fault,” Gina said. “Terry has been doing plumbing since he was fourteen. He’s a great plumber and he’s very honest, but he isn’t great with the administrative side.” I chuckled, saying that was probably true for a lot of contractors. Gina agreed with me. “He didn’t have any procedures or policies written so when I came in I put those into place.”

Currently Gina is looking forward to when things will get to a place where she can work fewer hours. “I’ve been telling Terry I want to work only thirty hours a week,” Gina said with a slightly devious look. “I have ten grandchildren and I’d love to spend time during the day with them. I love being with people as well.”

Gina continued to tell me stories from her experience, and it was some time before I finally noticed we had gone way over our scheduled hour. I really enjoyed listening to Gina’s stories and experiences and it was clear to me she is a woman who should be looked up to. She’s adaptable but isn’t afraid to fight for what she believes in. Her hard work and dedication have given her many opportunities, but Gina also knows not to take herself too seriously.