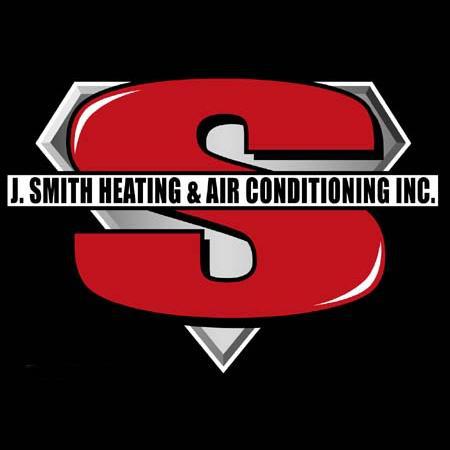 Curt Smith and I talk over coffee about working with family, the ebb and flow of business, and how he likes to spend time with his kids.

The first observation I made about Curt Smith was his neon yellow t-shirt, spikey hair, and firm handshake. After getting our drinks and settling in at one of Caribou’s high tables, we got right to chatting. I learned that Curt’s father, Joel Smith, started working in the heating and air conditioning industry in the late 1970s before founding Joel Smith Heating and Air Conditioning in 1994. Four years later, Curt decided to quit his job working at a warehouse after getting married and buying a house.

“I told my dad, ‘Hey, I’m coming to work for you because this job stinks.’ My dad said, ‘No you’re not,’ Curt laughed and said, “because my dad didn’t think there would be enough work. But I said, ‘I’m going to give it a whirl because I already put in my notice.’ A few years later my brother did the same thing and my dad told him to do something else too,” Curt said making me laugh.

Right now, the business only consists of family members, which might sound like a difficult situation, but Curt loves it. “I don’t know, we get along,” he said. “We’ve all got our moments, but we say what’s on our mind, walk away, come back and it’s fine. We keep doing our thing, get along at work and outside of work. It’s a lot of fun.” Curt explained that being smaller and having family members makes quality control easier. It’s either Curt or his brother doing installations and work is easy to track. “You know you’re getting it done right,” Curt said, “And that seems to keep people pretty happy.”

The company has had more than just family in the past, and at one point even had three different service crews before the housing market crash. Back in the early 2000s the housing boom meant there were many new construction contracts, and Curt painted a vivid picture of just how different the housing industry was back then. “It got to the point where I was training people,” he said. “We worked with a contractor who was extremely picky and cared about every detail of the house, but there were so many houses being built it became impossible for him to keep up. Like him, we also want to put the quality into every job we do.”

After the bubble burst, like many businesses, the company made changes to get through the hard times. Curt shared they sold the building they worked out of and took pay cuts as owners. As people moved on from the company, they made the decision to not rehire. Though the dynamics and the scope of work continues to change along with the economy, Joel Smith Heating and Air Conditioning is still doing what they can to build trust and put forth quality verses quantity. “I had an employee say once, ‘People will wait two to three weeks for you, and I’ve never seen that before.’ My dad just replied with a smile, ‘People like us, and they can be patient.’”

I nodded in agreement, thinking how a loyal customer base is a testament to how good a company is. As we had been talking, it occurred to me more than once that Curt is an ideal contractor. His laid back demeanor, easy laugh and quick smile made conversation easy, and his knowledge of the trade means customers get excellent service. I asked how far they travel for work.

“We try to keep it in the northern metro and suburbs since there’s enough work here,” Curt said, “But if we get a reference we’ll go almost anywhere. I was in Inver Grove Heights a few days ago, and I’ve done a lot of houses in Buffalo.”

Typically, jobs in the winter start with furnace maintenance and repairs, along with equipment replacements and upgrades. Summer is primarily about air conditioning, and they also do a lot of installation of humidifiers and dehumidifiers. “We enjoy taking existing spaces and making them more comfortable,” Curt said with a smile. “The best heating and cooling system is the one you don’t notice is there, and technology exists which makes everything quieter and more comfortable. You get better air quality and there’s UV systems which kill bacteria and virus’. I like using newer technology and watching people enjoy it.”

New systems also mean there are creative ways to help customers save money, which is another aspect Curt enjoys about his work. They install systems that are the very best in consumer reports, which also helps customers. “We use Ruud,” Curt said, “And we’ve been using them for decades. Back in the ’90s they went with a different design and it eliminated a lot of problems. The life cycle for those is about 17 to 20 years. “Actually,” he said leaning in, “I’m at the point now where I’m changing out what I installed in the ’90s. Time goes by fast.”

As an example, Curt told me a story of a customer who called with an issue and thought his furnace was installed three years prior, when in reality it had been eight years. “He had a mouse stuck in there,” Curt laughed. “When we went to fix it, my dad said it smelled like burning hair, and that was because the mouse had disintegrated. A month-and-a-half later the same guy called, and it turned out to be another mouse. The owner laughed when we told him. To prevent more mice from getting in we put some screens on the pipes.”

Normally, it’s air conditioners mice love to nest in, and Curt always advises his customers to try turning on their air conditioners before it gets hot, to see if there are any issues. “They can squeeze in the tiniest places, and they chew on everything,” Curt said shaking his head. “Every spring we have a couple dozen units that require maintenance because of mice. We go to check, then the allergies kick in and I’m just like, ‘Okay! Time to throw these gloves away!’”

Mice are not the only run-ins the company has had with wildlife. Curt recounted a story involving red squirrels. “It was before my time,” he said, “But these squirrels were attacking my dad and his coworkers while they were on the job. The guys working were flipping a coin to see who had to go out to the truck. I wish there’d been somebody with a drone watching these grown men flipping a coin and running for their lives,” Curt said laughing, causing me to laugh also.

Curt also told me that his wife and his wife’s sister work in the office, and his 15-year-old son will start working with him a couple days a week. “It’s to get his feet wet,” Curt explained. “My son has an engineering mind so that’s a route he’ll probably take, but his mom told him he should learn a trade too,” Curt smiled. “There will always be a need for skilled tradesmen, so he’ll have something to fall back on.”

In addition to his son, Curt has a 12-year-old daughter, who he described as “12 going on 17” adding, “She likes to be dressed up and fancy, but she has no problem getting dirty helping on any task on hand. She’s always been pretty mature for her age, and she’s got a good mix of kid friends and older friends. My brother Dustin has two daughters, ages 13 and 11.”

Curious, I asked him what hobbies their family likes to do together, and Curt was quick to share his family’s fun. “I taught my kids how to downhill ski, so we do that,” he said. “We just took a trip to Arizona and we skied our first mountain. That place has a 2300 vertical drop and I did that. Makes the places around here pretty small,” he laughed. “If you’re going to live in Minnesota you’ve got to give in to those Minnesota sports a bit. My brother and I play hockey as a hobby in a friend league. I play goalie and people think I’m crazy. My kids both do gymnastics and that keeps them pretty athletic.” Curt also shared how his family likes to do volunteer work, and he tries to do what he can with his kids, noting time disappears fast.

When I inquired as to what the future might bring to Joel Smith Heating and Air Conditioning, Curt leaned backward, crossed his arms, and looked thoughtful. “Not sure about the distant future yet, but we’re feeling good. Growth is good to an extent, but we’re trying to keep things between us at the moment so it’s easier to manage and keep quality. We enjoy our business, but its also just a small part of our life. It puts food on the table and keeps us going as long as we need, but its not our priority in life.” 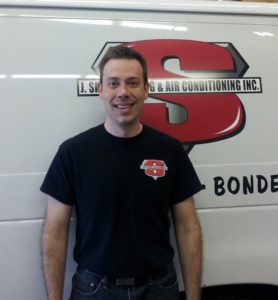 I nodded in agreement, understanding where Curt was coming from, and once again reflected on the chamber’s diverse group of businesses. Some want explosive growth, and others prefer to keep it simple. There’s no wrong way to do business in this regard, and it’s reassuring to see how everyone cheers each other on in their vision for business.

Looking at the clock, I realized Curt and I were already over time. Having been thoroughly impressed with his story and business ethics, I made a mental note to tell anyone needing work done on heating and air-conditioning to give Curt a call.