Tales from the MetroNorth Chamber: Brenda Jewell from Anytime Fitness 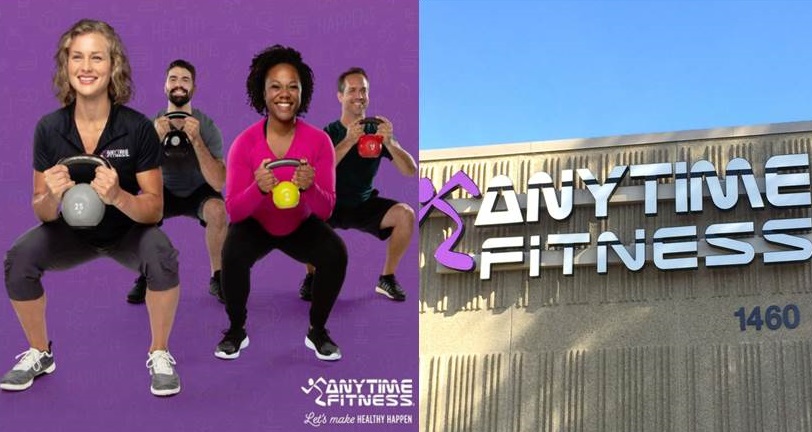 Brenda and I talk about learning the Anytime Fitness business, grand kids, and what she does to relax.

A morning interview means coffee, and both Brenda and I ordered large iced drinks before meeting up at the Caribou coffee bar. After introductions were made, we shook hands and walked to a table where I’d already set my bag down. 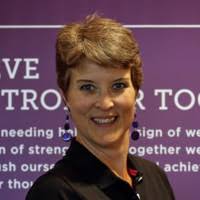 Brenda gave me a wide smile, and it didn’t take long to notice she was wearing purple Anytime Fitness logo earrings and expertly matched eye shadow. You might think the owner of a fitness gym would resemble Tony Horton (creator of P90X) and speak only in excited exclamations, but Brenda couldn’t have been more opposite. She was soft spoken, thoughtful, and calm. I immediately felt at ease and was ready to ask my first question; How did she come to own an Anytime Fitness?

“We had been members there for two years and we knew a lot of people. It was a very comfortable, friendly atmosphere. I’d been looking for another job for quite a while, and one afternoon my husband said the gym was up for sale and told me I should own my own business. I laughed at him and said, ‘I don’t know anything about business or fitness.’ He told me, ‘I think you’d be really good at it,’ so we talked, prayed, and did our due diligence. Six months later we signed the papers.”

In my heart, I felt a happy prick at hearing how supportive and encouraging Brenda’s husband was but decided to put it on the back burner. For now, I was interested in her background and why she had been looking for a new job.

“I was working at a law firm helping people get Social Security,” she explained. “Similar to a paralegal, but not officially one. I prepared hearing files and was a point of contact. It was very stressful. If someone is trying to get disability, it can take years. I dealt with people losing their marriages, losing their jobs, sometimes losing their families, and even losing their hearings, while trying to be as positive as possible.”

Brenda also told me about her experience at a credit union prior to working at the law firm, which didn’t surprise me. After having lots of conversations with chamber members, I’ve discovered quite a few have “credit union” on their resume. I also learned that Brenda migrated from Oklahoma.

“I guess I can call [the Twin Cities] home because I’ve lived here for 35 years,” she laughed. “My husband went to our denominational college where my father was a professor. Gina Overcracker and I lived in the same place!” she said to my surprise.  “We figured that out.  What’s even funnier is we went to a winter carnival, just this year for the first time, and we ended up standing on a corner with a family that had just recently moved here from my home town. They even knew my parents and went to the same church. Crazy! And we just happened to end up on that same corner.”

We took a moment before moving back to owning an Anytime Fitness franchise, and how her husband helps run some of its operations. “He’s a silent owner, which is fabulous,” Brenda explained. “He does the payroll and got us started on QuickBooks. It was hilarious because when he first started naming files I’d ask, ‘What is this?’ and he’d say, ‘It’s the name I gave it,’ and I’d respond, ‘Well, I need the file named by the name I’d call it!’’ which caused us to laugh.

“It was crazy-weird becoming a business owner,” Brenda continued. “I needed to be at the gym, not just to workout, but to work. I needed to learn the business.” A few weeks after purchasing Anytime Fitness, Brenda went to a corporate training without her husband (since it was tax season) to learn the ropes. “It was a definite learning curve,” Brenda said, “But it was surprising how fast the time flew as I learned and grew to know how to manage. My husband reminded me, ‘You’re good with people, that’s your forte’, so that’s what I focused on. I recognize people and call them by name.”

Being a people-oriented gym isn’t just some catch phrase, and I was surprised to learn just how personal Brenda likes to keep her business. “We want to make it more like family,” she said. “When people aren’t there, we reach out to them. We want to know what we can do to get them back in the gym. We want to make it friendly, welcoming and make them feel like they’re part of something, not just a place to workout. It’s a team effort.”

Part of Brenda’s personal touch is giving every member of the gym a handmade card on their birthday, and if someone is becoming a parent or grandparent, Brenda will make them an owl hat. “I love doing that,” Brenda said. “And people are usually surprised.”

I leaned back and thought about my own experiences going to a gym and told Brenda I’d never been to one so personal. Most businesses want their customers to feel part of a family, but rarely does it succeed. A genuine personal touch, like a personalized birthday card or a crocheted owl hat makes sense coming from Brenda, and her customers know without a doubt, she really cares.

Circling around to an earlier thought, I asked Brenda if she could share with me how her husband is like a teammate. “I’ve been very blessed,” she was quick to say. “Hopefully I tell him often enough. It was hard for him to be so analytical at first, but we worked through it. When I was at the law firm and things got rough he’d say, ‘You’re doing good keep doing what you’re doing.’ He’s always been my biggest encourager and supporting me to do what I do. As it turns out, that is to run a business. Who knew?!”

Part of Brenda’s business philosophy is to lean on other people’s strengths. “When I first started, I looked into becoming  trainer, and I thought, ‘Yeah, this part’s not for me,’ so it was really paying attention to my trainers on staff, getting their input and just learning the every day stuff. They taught me a lot and helped me learn things I can show people to progress the way they need to.”

What Brenda was saying made perfect sense to me. Oftentimes trainers have schooling and certificates in the best methods of physical fitness, and to lean into their expertise means everyone in the gym can benefit, even when the trainers aren’t available. She also has her husband doing the finances, which means she’s free to focus on building connections with her members and the community.

Usually Brenda will do her daily workout early in the morning before the gym office is staffed, then goes home before returning to the gym. She makes sure to talk to the members, take care of phone calls and whatever else needs tending on the business side. She will also look at the marketing for the gym, and upload pictures to Facebook if it’s her week to do social media.

“I also try to go to the MetroNorth Chamber ribbon cuttings,” she added, “And I’m a part of the Ham Lake chamber, so my day fills up fast. It’s nice, because just like we notice when our members are missing, they also notice when we’re gone. There’s a gal that I normally see during the 6 am training, but because of tax season I’ve been going to the 8 am training. When she saw me she said, ‘I’ve been missing you!’” Brenda paused, and then laughed lightly. “They always think I’m out west visiting my grand kids.”

At the mention of grand kids I immediately perked up, and asked Brenda to tell me more. “I have two on the West Coast, and one on the East Coast. I don’t know why my kids did that to me,” she laughed again. “My daughter went to college in Washington and loved it. My son was a Marine. He met a gal online and that’s how he ended up out east”.

When Brenda isn’t working at the gym she’s usually on one coast or the other. Last year Brenda and her husband drove to South Carolina to see their son and have flown to Washington to see her daughter and husband. They even surprised Brenda’s mother in Oklahoma with a family reunion. “The Airbnb we stayed at was fabulous,” Brenda recounted. “There were cats, dogs and geese and you could swim in the pool. It was the first family reunion since my parents 50th anniversary.”

I asked Brenda if she was the type of person who likes to stay busy. “I like my quiet time, too,” she replied. “I like to get home and just decompress. If it’s the daytime, I won’t even turn the lights on. And that’s when I’ll stamp, crotchet or read.”

Since Brenda purchased Anytime Fitness, the business has grown, expanded, and even moved to a bigger location. To close our time, I asked her if she had any future business plans. “We’ve got a certain number we’d like to hit for group training and members, and we’re getting there,” she said. “My husband will probably retire from being a CPA within the next ten years, and we have no idea what’s ahead. But we do want to make Anytime Fitness a beacon in Ham Lake. If you’re looking for a gym where people are going to support you, where you can pass it onto your kids, where people feel welcomed, that would be fabulous.”

Judging from everything Brenda told me about Anytime Fitness Ham Lake, I’d say she’s already succeeded. If you’d like to contact Brenda or want more info about joining, ring her up at 763-413-9348 or click here to visit their website.