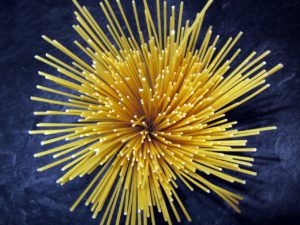 When it comes to marketing, not one size fits all. Sure, you can follow the 80/20 rule for social media and post according to the recommended standards. You can knock yourself out and go to all of the networking events in your area. You can blog until your fingers fall off. What happens if those efforts don’t bring you leads?

The truth is that your best way to bring in new clients is going to be different from someone else’s. Since we work with so many different people and industries, we see boatloads of entrepreneurs that depend on social media to bring in leads and customers. We also see some that haven’t posted on their Facebook page since 2013 and still have a huge – and growing – customer base.

Just because you’ve heard that someone brings in lots of leads using a certain tool doesn’t mean it’s going to work for you.  Let’s say you sell running gear. How much time do you think your ideal client spends sitting on their rear end trolling Facebook? Sure, they’re on there, but not for long periods of time. Chances are you’ll do better by hanging out at the gym and sponsoring charity marathons.

A lot of times marketing is a “spaghetti on the wall” approach at first. You put some thought into it and throw some spaghetti on the wall to see if it sticks. If not, you try something else. Based on our experience with such a varied client base, the AngCo team can help you to figure out what might work, but ultimately, any sort of marketing strategy comes down to testing. How much ROI are you getting, and if you’re not getting enough, why not?

The part where many entrepreneurs mess up is that they go all in on just one thing and neglect to ask themselves if a certain approach will reach their prospect, if their message is clear and memorable, how progress/goals are measured and monitored.  They’ll throw everything they’ve got into Facebook ads when they should have been working on blogging or in-person events instead. Now they have no money left in the advertising budget, no prospects, and marketing efforts stop in their tracks. It’s a losing battle. Ultimately, a business with no clients is a business with no business.

A much smarter way of doing things is to spread out your spaghetti. Throw a little here, throw a little there. Try out all the different walls, and then after a while, decide which one is working and which one isn’t. How long you’ll need to do this is as varied as your business, but in general, six months is a good trial period for a marketing effort. Anything shorter than that doesn’t even give you time to get noticed. It’s time-consuming, but marketing is necessary. And you’re not in it alone. We can help you post to social media, find marathons for you to sponsor, and schedule your speaking engagements so you can focus on other things.

Have no idea where to start? Give me a call and we can chat about your current efforts and what we can do to help.