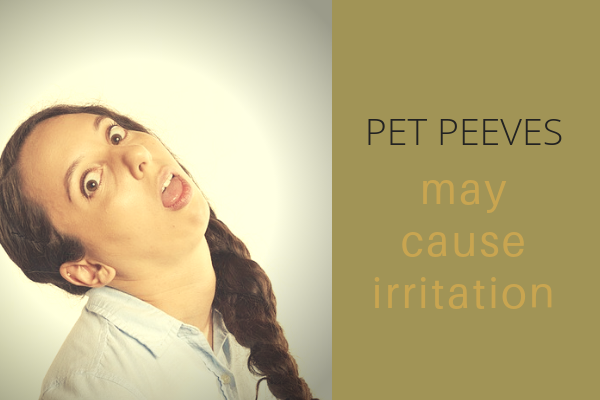 Everyone has a pet peeve, that something someone does that drives you insane.  Of course, everyone’s pet peeve is different. What bothers one person might not even register in the grand scheme of things to someone else.

I’ve made it a habit to ask prospects and VAs what their biggest pet peeve is and thought it would be fun to share a few of those here.  Also included are a few contributions from MetroNorth Chamber members and Dot sisters.

Some pet peeves are simply a matter of not taking social queues. For example, unaware people who block a store entrance to check their cell phone.  Or someone who talks about themselves ad nauseam at a networking event and shows zero interest in the other person.  People who aren’t present and interested in what the other person has to say.

The “bait and switch” was another common pet peeve. We’ve all been there before.  You think you’re having a one-to-one, but instead they pressure you to buy their product or service.  Uh, hello, did I express an interest or did you presume I’m a buyer before learning my needs?

Inquiring minds here at AngCo want to know, what is your biggest pet peeve?

Yours in the adventure,